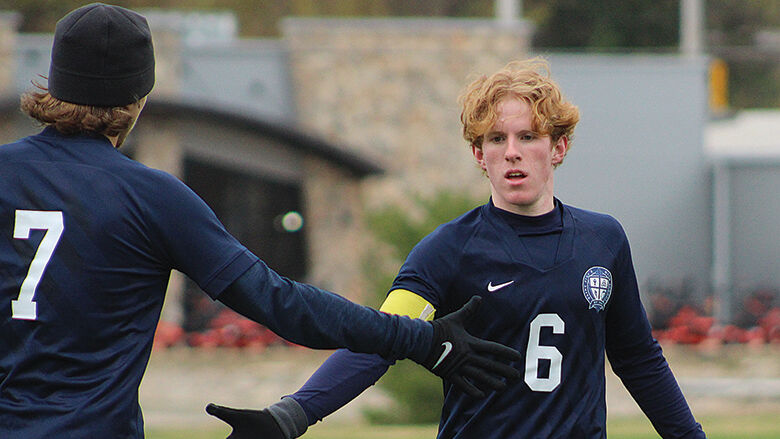 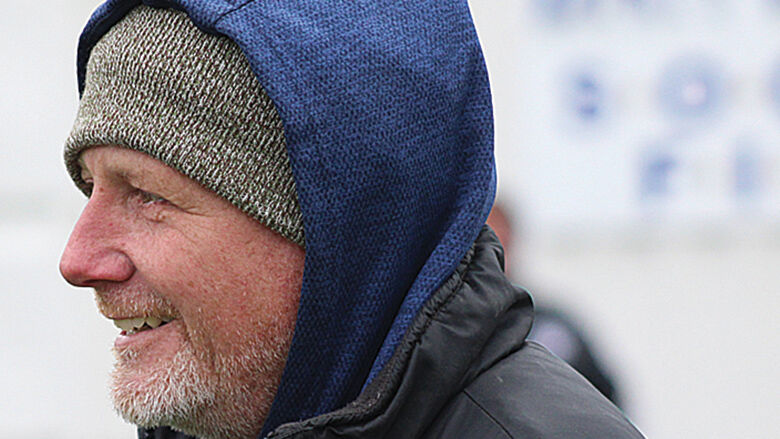 At 7 p.m. tonight, the Lancer girls basketball team opens its season at home against De Soto.

Aaron Portell is the head coach of both teams. He also helms the girls soccer team in the spring.

So what will he do on Friday?

“My focus is on the soccer,” said Portell, who’s among the rare breed of high school head coaches who has assignments the entire school year. “I’ve got a great assistant coach who’s been working with the girls basketball team. If our girls aren’t ready in the first game, we’ve got four months to get it there. We want to win our next soccer game.”

That will be against the Eagles (14-8) at World Wide Technology Soccer Park in Fenton. Fair Grove, about 20 minutes northeast of Springfield, beat Laquey 2-0 in its quarterfinal on Saturday.

St. Pius routed Brentwood 7-1 at home in its quarterfinal on a chilly, windy Saturday. The Lancers moved from the main stadium field to their practice field because it was in better shape, Portell said.

A large crowd lined one side of the field, including Dan Bokern, for whom the field is named. Bokern coached the St. Pius boys and girls soccer teams for more than three decades.

“This is a program with a rich history,” Portell said. “Dan Bokern was watching today. I’m glad I can help contribute to this rich history of soccer.”

After St. Pius shut out Bishop DuBourg to win the District 1 title, the path to the semifinals seemed wide open because the Lancers had already beaten Brentwood 7-0 on Oct. 6. Senior forward Nathan Stoll scored four goals for St. Pius in the first meeting.

Stoll scored the Lancers’ seventh goal in the quarterfinals and also had an assist. Along with senior forward Colin Brown, Stoll gives St. Pius two 20-goal scorers and the chemistry between the two right now is straight from a high-tech laboratory.

“We’ve been playing together since fourth or fifth grade and we have that chemistry where we feed off each other,” Stoll said. “All of our assists are on each other’s goals.

“We came into this game with high hopes and knew if we just played our game, we’d be perfectly fine,” he said.

Two sophomore midfielders began the scoring when Tanner Koepke got his foot on a pass by Patrick Flanagan and the ball rolled past Brentwood goalkeeper Luca Gould to give the Lancers a 1-0 lead at 13:02. Koepke has been strong on the attack in the past two games and finished Saturday with two goals and an assist.

“My midfield is three sophomores and a junior (Logan Hall) and they controlled that area,” Portell said. “They’re all skilled players who can score. Some will move to striker next year when my two seniors (Brown and Stoll) are gone. When they get their opportunities, they do contribute.”

The roles were reversed on the second St. Pius goal when Flanagan took a pass from Koepke right in front of Gould and scored at 16:58 to make it 2-0.

Brentwood had its chances with several runs against Lancer keeper Zander Street, a sophomore, but couldn’t get any shots on goal because of the efforts by the St. Pius backs. Brown made it 3-0 in the 38th minute when he took a pass from Stoll, dribbled through the Eagles and beat Gould for his 21st goal of the season.

Barely three minutes into the second half, Koepke scored to give the Lancers a 4-0 lead and Brown made it 5-0 at 57:28.

The well-lit path to Fenton was now glowing on the smiling faces of the St. Pius players and coaches who knew the outcome was secure.

“This is something we’ve worked for all year long,” Stoll said. “I think we’ve done a great job to get to this point. We have a lot of people on our team who can do basically everything. Better than any other program we’ve seen.

Junior midfielder Ian Kutilek scored to give the Lancers a 6-0 lead at 72:00 and Portell pulled Street and many of the starters so the reserves could get a taste of the playoffs. Kyle Gartner replaced Street in goal and Joshua Kelley scored for the Eagles with about 6 minutes left to break the shutout.

“The first time we played Brentwood, they had a couple of kids out,” Portell said. “So I knew my hardest challenge this week was to keep us focused because of that last score. They were competitive, but we’re extremely strong defensively. I think the better team won today.”

Lutheran-St. Charles (20-5-1) plays Maryville (15-5-1) in the other Class 1 semifinal at noon. Lutheran also beat DuBourg twice this year and also tied Class 4 semifinalist and defending state champion Jackson 3-3. This is the Cougars’ first trip to the final four.

“I can feel it. It’s not there yet. We’ve got to keep working,” Stoll said.