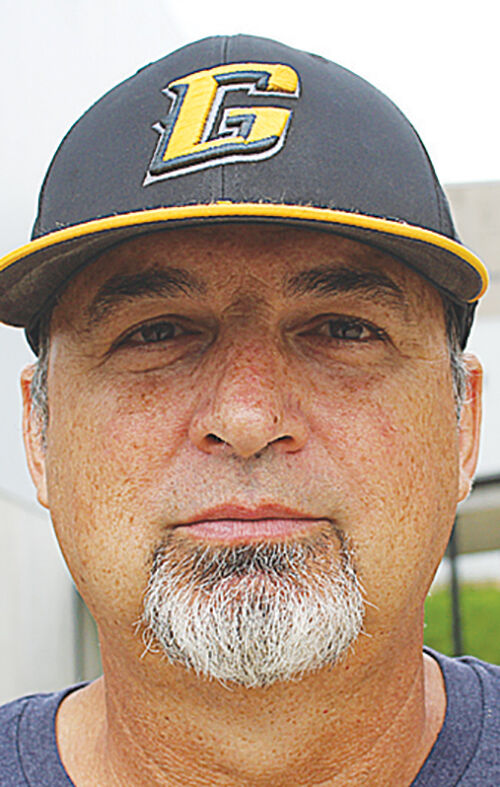 It was an uppercut to the nose Jeff Ketcherside will never forget.

Ketcherside wasn’t boxing when his nose and septum were shattered on March 30. The Grandview baseball head coach was standing a few feet away from a pitching machine as it launched pop ups at home plate for his catchers during practice. Somehow the machine’s flight angle changed, shooting the ball straight at his nose.

“It knocked me back and I took a couple steps and went to my knees,” he said. “I went to the backstop and felt my nose. I could tell it was broken, but it was bleeding so bad I told my assistant coach (Greg Gutknecht ) to call 911.

“The kids saw it and came running and one of the boys called 911. The other ones ran to the dugout to get T-shirts and rags to put over it.”

What Ketcherside remembers most clearly from that day isn’t the sudden shock of the accident and all the blood he lost. It’s how his players reacted to what was a true emergency.

Grandview R-2 Superintendent Matt Zoph was still on the campus in rural Hillsboro and watched the players take action as they waited for paramedics from the Valle Ambulance District to arrive.

“It was a very scary situation, but the (players) were truly the heroes that day,” Zoph said. “Their fast action and ability to react under pressure is something they should all be proud of. It’s amazing to see when the life lessons we’re taught in sports translate to a real-world situation. When I look back, I’m so proud of those boys!”

The Eagle players alternately applied impromptu bandages as they soaked up Ketcherside’s blood and cleaned his face with water. Other players spread out to the entrances on campus, guiding the paramedics to the scene.

Austin Gallaway will be a senior at Grandview this fall. He was the Eagles’ starting catcher this spring and was standing next to Ketcherside when he was hit.

“He was shooting (balls) straight up in the air,” Gallaway said. “When he got hit, he fell down and we were unsure of what to do at first. I ran to my truck down at the parking lot. It’s the fastest I’ve run in my life. I called 911. At the beginning of the day, I had a weird feeling that I should have had my phone with me. We had guys in the parking lot to direct the ambulance and we had other guys looking for a medical bag.

“I was in shock at the time because it’s something you don’t see at baseball practice. I was so proud of how everybody reacted. When we got home, we texted each other about it.”

Sophomore Levi LaLonde was in the outfield when he realized something was wrong.

“The ball came up and we all saw it hit him and we sprinted toward him,” LaLonde said. “When I got to the on-deck circle I saw his face was bloody. I had an extra shirt to wipe off the blood and used a water bottle to wash off his face. A bunch of guys looked for bandages to help him out. We flagged down the ambulance so we could help him out.”

Ketcherside, who said he was bleeding “like a stuck pig,” joined his players in seeking help on hand.

“We were the only ones at school,” he said. “We went to the other buildings to find another teacher or administrator. They got some ice from one. They got a medical kit, ice and rags. Austin talked to the 911 dispatcher. Others moved vehicles out of the way so the ambulance could drive right up to the field.

“It was a complete team effort. The way the boys reacted was the best thing that happened this season. They were shook up, but they acted as young men. They overcame their fear to do what had to be done.”

Ketcherside was transported to Mercy Hospital South, where he was treated for a broken nose and released that evening. He said although he has trouble breathing through one of his nostrils, he’s waiting for the new school year to begin before he has surgery to repair the damage.

The hospital staff told him he was lucky he wasn’t hit somewhere else on his head.

“It could have been a lot worse,” he said.

The day after the accident, Grandview played at Valley High in Caledonia. To his players’ surprise, there was Ketcherside bundled up against the cold, sitting beside the dugout and wearing sunglasses to shade his black eyes. He didn’t miss coaching a game the rest of the season.

“I told the boys to be ready (to play Valley) because I would be ready,” Ketcherside said. “I went to the game but couldn’t be in the dugout. I wanted to make sure the boys saw me there.”

LaLonde, Gallaway and Ketcherside all agreed that the accident brought the team closer together.

“Everyone reacted above how I expected,” LaLonde said.

As he was being carted off to the hospital, Ketcherside had a message for Gutknecht.

“I said, ‘Wait a minute, coach, we’ve got another hour of practice.’

“Some of the parents told me the kids were worried, but I wanted to ease that by telling them we still have a job to do.”