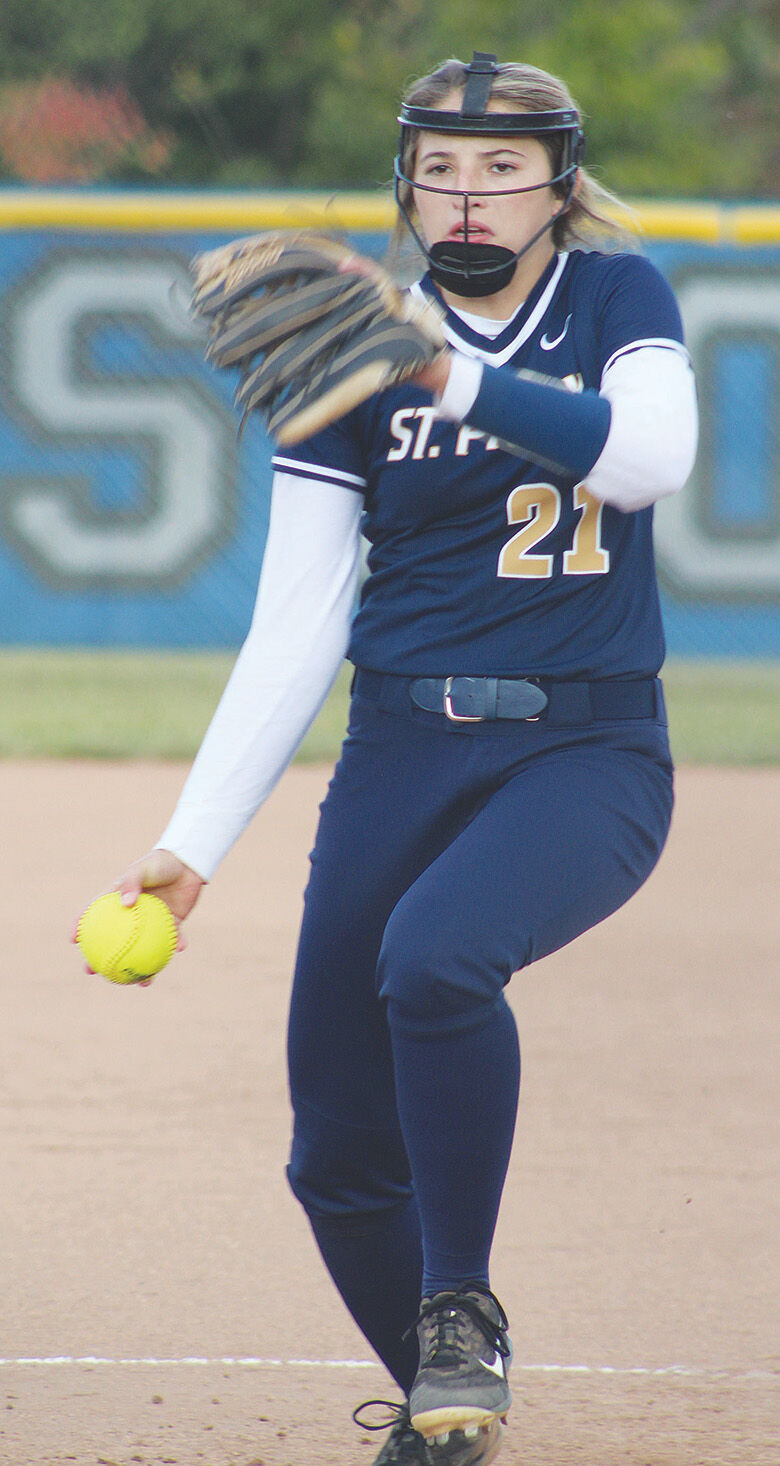 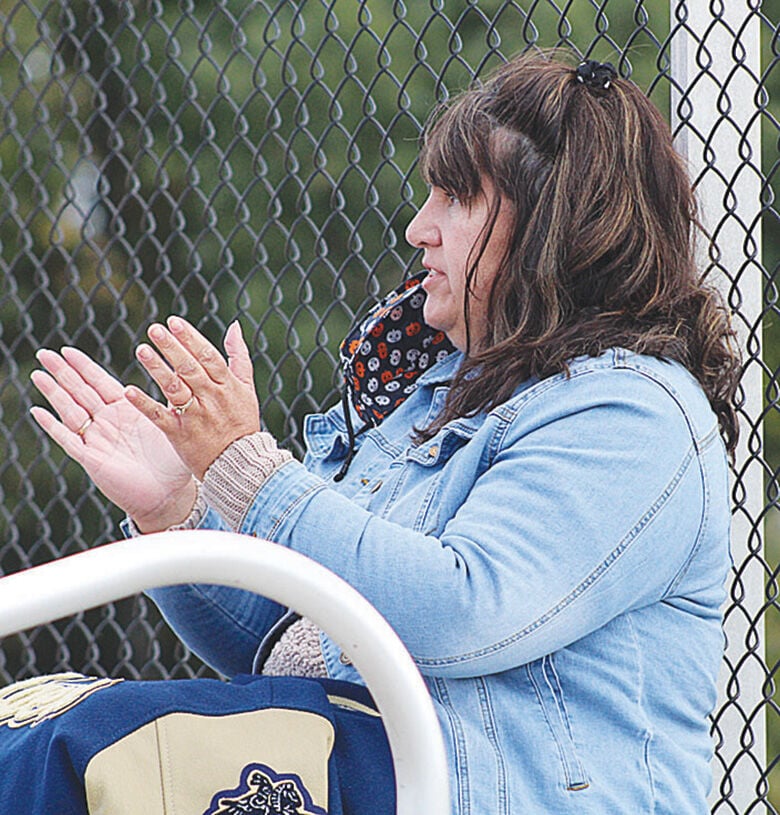 And senior A.J. Agers (Allyse Jelena) has pitched them all in leading the Lancers to a record of 8-3.

“Considering we don’t have another option, I said, ‘A.J., we don’t have anyone else who can throw unless it’s an emergency,’” Halley said. “She would like to play shortstop; she caught in the past (and) has played in the outfield and at third base. But she knows this is what the team needs now.”

Even after losing 3-0 – allowing only one earned run – to Jefferson County Activities Association leader Hillsboro on Friday, Agers’ earned run average is 0.88 and she’s struck out 111 batters.

St. Pius is the No. 2 seed in the Class 2 District 4 tournament, which begins in New Haven next week. Elsberry (11-7) is the top seed.

Although she missed playing soccer back in the spring after all prep sports in the state were canceled because of the coronavirus, Agers intends to finish her prep career as a four-year varsity athlete in softball, basketball and soccer. After she graduates next spring, she plans to attend Missouri University of Science and Technology in Rolla to pursue a degree in engineering. Her father, Chuck Agers, graduated from the school and is an engineer.

Agers has given Missouri S&T a verbal commitment to play basketball for the Miners and she’ll sign her letter of intent next month.

“I love math and science, and engineering has all of that and it’s hands-on,” said Agers, who hands-down excels in all three sports she plays.

Despite all of her success, Agers still needs the support of her parents before each game. She finds her mom, Missy Agers, before games and hugs her and listens to her advice. Before facing off against Hillsboro pitcher Elly Eckrich on Friday, Missy told A.J. to just play her best and not think about who she’s up against.

“She puts so much pressure on herself athletically, but she’s a good person, too,” Missy said. “She’s just a good kid and I’m lucky. They could be losing 15-0, and she’ll keep trying.”

Halley said Agers has let her actions on the field do most of the talking, but this season she’s found her voice to speak when needed.

“In the previous years we had larger senior classes,” Halley said. “She uses her leadership in a different way. She’s earned that and when she says something she means it. She doesn’t say a lot of superficial things. It’s easy for the girls to follow along with that.”

Missy said A.J. started playing soccer and T-ball when she was four years old. Missy could tell immediately her daughter wasn’t just there because her friends played or as a hobby.

“She scored 10 goals in her first soccer game against tiny kids who were pulling weeds and picking flowers,” said Missy, who works for the Hillsboro R-3 School District. “She was going for the goal. In T-ball she was hitting the ball and running the bases, taking it very serious. Her father and I are both that way.”

“They have that mechanical mind and are hands-on in science and math,” Missy said about A.J. and her husband.

Agers, who might attempt to play more than basketball at Rolla if her studies allow it. She’s on the cusp of a major milestone as a Lancer, scoring 892 points in her first three years on the basketball team; the 1,000-point mark is well within her reach this winter.

“Me and mom were talking about my choice to play basketball (at S&T),” Agers said. “Over the years I thought it would be so hard to pick a sport but I can see myself playing basketball.”

Halley said Agers could play any of her three sports in Rolla.

“She’s played a lot of softball in her life,” he said. “We haven’t talked about that. I’m more ecstatic she gets to go to her dream school. She could play any three of those sports at that level. She’s a special talent and there’s no denying that. She would get a lot more attention if she was on another team (rather) than a small school in our conference.”

Even after it was apparent Hillsboro was going to beat St. Pius on Friday, Missy continued to shout words of encouragement to the Lancers. She knows that the end is near for softball season and with the omnipresent dangers of COVID, there’s no guarantee that A.J.’s other two sports will be able to start and complete their seasons.

“Right now, I don’t feel nervous because this is one of the last (softball) games she’ll play, so I want to enjoy the moment,” Missy said.