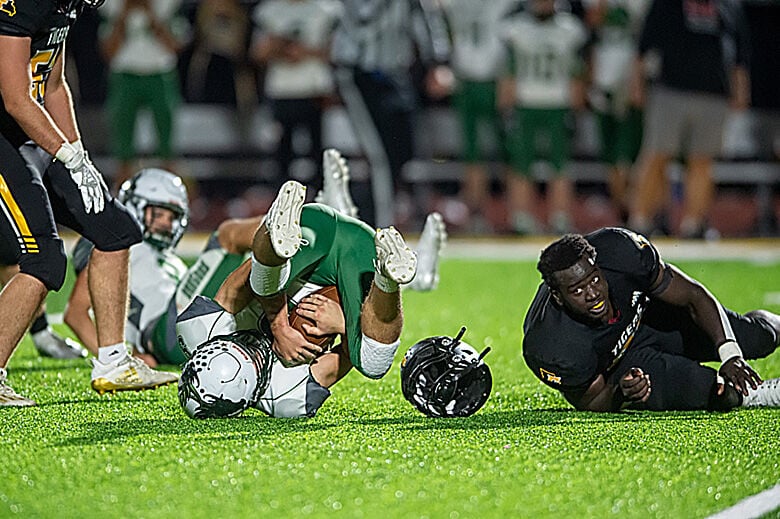 Festus defensive lineman Desmond Davis has played at an all-state level this season. 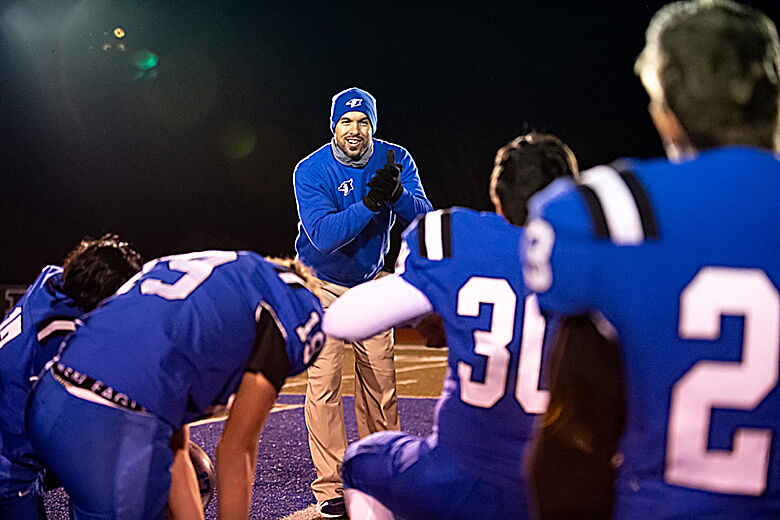 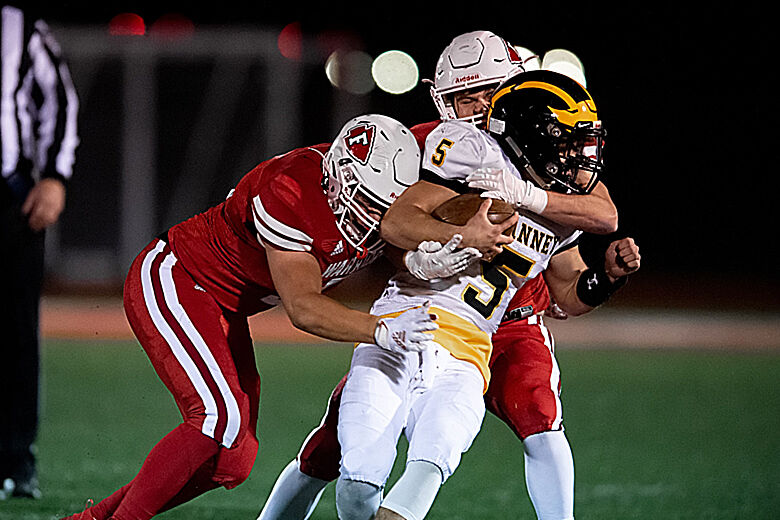 Festus defensive lineman Desmond Davis has played at an all-state level this season.

Festus, Fox and Jefferson will play on Friday in the state football playoffs. All three games are scheduled for 7 p.m.

The following is a capsule breakdown of each matchup.

The Warriors backed into the semifinals after Lindbergh had to forfeit its spot in the District 1 championship because of COVID-19 cases. It’s the first time Fox has played in this round since losing to Hazelwood Central in 2008. The Hawks made it to the state final three straight seasons, winning it all in 2008 and 2009. The last time Fox and De Smet met in the playoffs was in the 2010 sectionals, a 49-0 victory for the Spartans, the 2019 defending Class 6 champions. The Warriors lost to Jackson the past two seasons in the Class 5 District 1 championship and they have some holdovers from those teams. Six Fox players have rushed for between 286 and 914 yards. Senior quarterback Brock Inman is Fox’s leader in rushing, which the Warriors will need against De Smet because his passing has been limited to 21 completions, no touchdowns and three interceptions. On defense, Inman and Ethan Phillips have a team-high three interceptions, while linebackers Luke Pisoni has a team-high 97 tackles and four sacks and Sylas Stranger has recovered three fumbles, including one for a touchdown against Vianney in districts.

The Tigers won the Mississippi Area Football Conference Red Division with a 4-0 record and have outscored their opponents this year by an average of 37-14. Festus was 7-0 before losing its only game of the season at Farmington. The Tigers beat conference rival North County 27-6 in the district final, the second win over the Raiders this season. Festus quarterback Cole Rickermann was named to the MAFC Red second team for the Tigers after passing for 2,183 yards and 29 touchdowns and rushing for 319 yards. Defensive tackle Desmond Davis is playing at a first-team all-state level for Festus with a staggering 23 tackles for a loss and recovering two fumbles. The Tigers have used Davis as a short-yardage running back this season. The Wildcats began the season 0-2 but reeled off three straight wins in the District 2 championship, including a 26-7 win over nine-time state champion John Burroughs in the final. The Tigers and Wildcats had two common opponents this season – St. Clair and Sullivan – and were a combined 5-0 against them.

The Blue Jays began playing varsity football full time in 2012 and won their first district title this season with a 42-20 victory at home against New Madrid Central in the District 1 championship. In terms of experience, Jefferson’s starting running backs – Colby Ott and Dylan and Will Schnitzler – are all seniors, while the Pioneers have a freshman quarterback in Taron Peete (900 yards passing and 12 TDs) and their leading rusher Antwon Hayden (117 carries, 928 yards) is a sophomore. Ott scored five touchdowns against New Madrid and led the Blue Jays with 163 yards rushing, but head coach Alex Rouggly can depend on any of the three backs to carry the load against Duchesne. Senior linebacker Dawson Jakoubek leads Jefferson with 123 tackles and has four sacks, a fumble recovery and interception this season. Charlie Elmendorf (Duchesne, Class of 1976) has been the Pioneers head coach for 26 years and led the school’s girls basketball team to the Class 4 state championship in 2003. Rouggly led Jefferson’s girls track and field team to second-place Class 2 finishes three straight seasons (2017-2019).