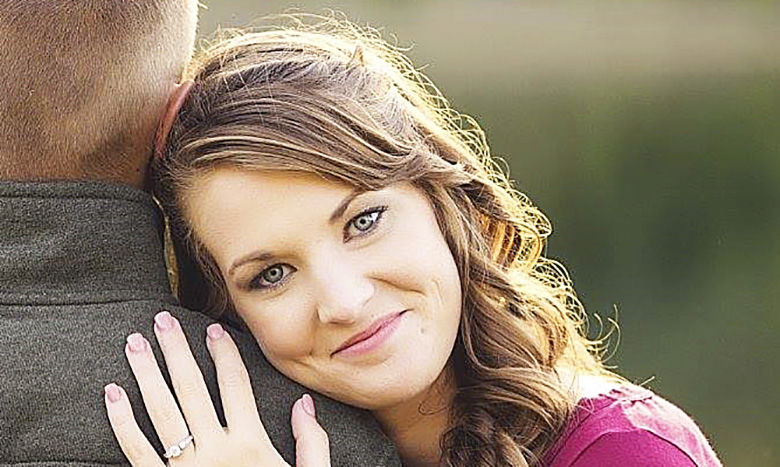 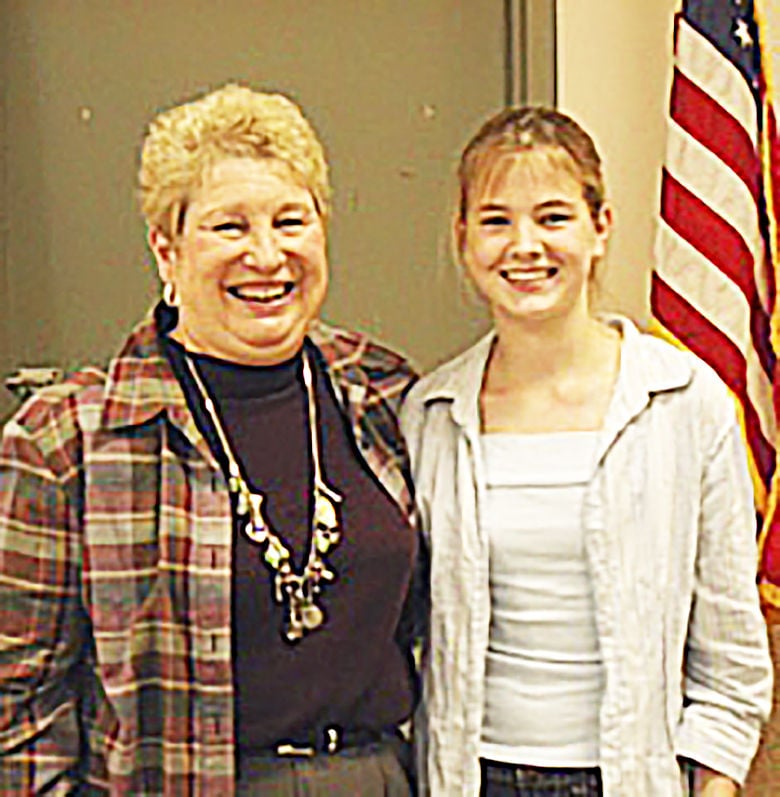 4H leader Carol Stoll, left, and Sarah Huber at an awards ceremony in 2004. 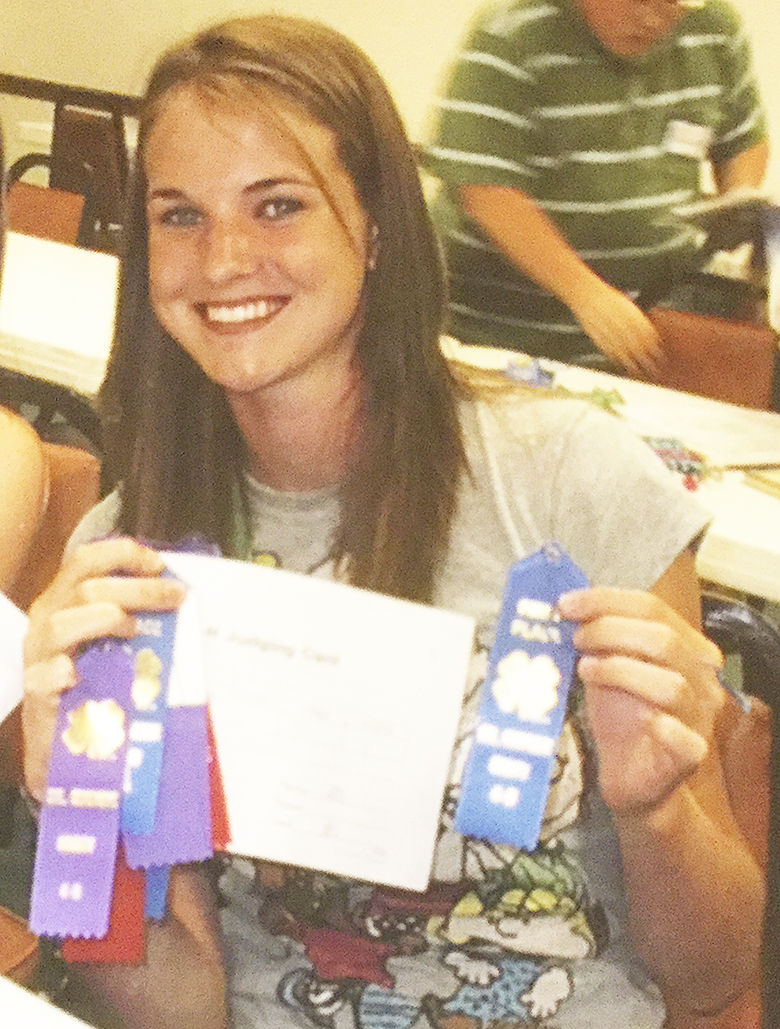 Sarah Huber at the 2007 Missouri State Fair. "The ribbons were for the projects of a young 4H member she mentored," said her 4H leader, Carol Stoll. "I think Sarah was more excited than the little girl was." 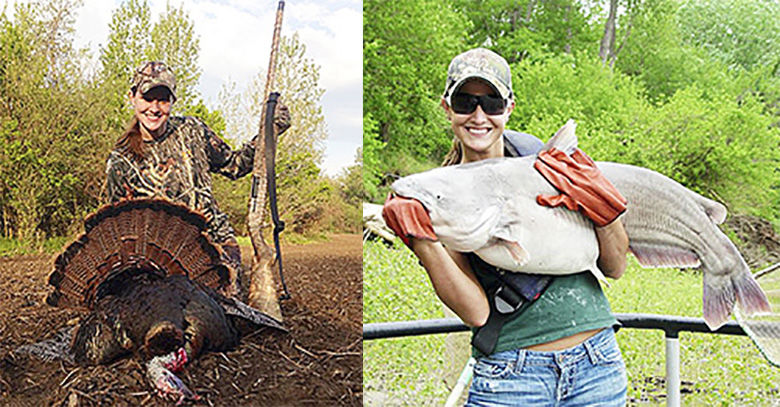 Sarah Huber Foster with a couple of her recent catches.

4H leader Carol Stoll, left, and Sarah Huber at an awards ceremony in 2004.

Sarah Huber at the 2007 Missouri State Fair. "The ribbons were for the projects of a young 4H member she mentored," said her 4H leader, Carol Stoll. "I think Sarah was more excited than the little girl was."

Sarah Huber Foster with a couple of her recent catches.

Sarah Foster was on a mission to get everyone to know and love nature the way she did.

“The outdoors, animals, nature – that was like her church,” said Sarah’s mother, Vicki Huber, formerly of Arnold. “She thought there was nothing better than being out there hunting mushrooms or playing with her dog or just sitting in a hayfield.”

Sarah died May 1 as a result of complications from a blood clot in her brain. She had been an environmentalist and educator with the University of Missouri Extension.

Even as a small child, Sarah Huber loved the outdoors.

“She never wanted to watch TV,” her mother said. “She was always outside. She’d ride her bike up the street and Gretchen, her Doberman, would keep pace with her.”

Sarah got started hunting and fishing at an early age. Although home was in Arnold, her favorite place to be was on the Huber family farm south of Festus.

“She grew up on the farm,” Vicki said. “Aunt Lindy (the late Malinda Huber, a great-aunt) taught her to drive a tractor starting when she was probably 4 or so.”

Sarah even had her senior pictures taken there.

“They did a whole photo shoot,” Vicki said. “In the barn, up in the hayloft, down at the creek.”

Sarah was active with 4H, belonging to a chapter led by her cousin, Carol Huber Stoll, who now lives in Columbia.

“Sarah was always interested in wildlife,” Carol said. “She had a pet gecko, and for a (4H) project, she researched what it eats, its habitat, even what it thinks.”

Her family said Sarah was always a perfectionist.

“The things she made and entered in the state fair were always first-quality or she wouldn’t have any part of it,” Carol said. “I have a cross stitch of purple pansies that you wouldn’t dream was made by a child.”

Some of her projects were a little out-of-the-ordinary.

“In the fourth grade she had to do a diorama of a famous person, and she chose Joan of Arc,” Vicki said with a laugh. “She tied a Barbie to a wooden stick, chopped off its hair, and used red and orange paper to make flames all around.

At Seckman High School, Sarah was active in sports and was voted “Most likely to survive in the wilderness.”

“And she was so proud of that!” her mother said.

There was never any doubt in Sarah’s mind about a career path.

“She told me when she was at Ridgewood (Junior High), ‘I’m going to be a wildlife biologist and I’m going to go to Mizzou.’ And she never wavered.”

She met her husband, Alex, when both were working for the Department of Conservation.

“He says he thought he’d never get married, because of all the outdoors stuff he was into,” Vickie said.

Alex proposed during a camping trip to the Grand Tetons.

“They trapped one of the first Missouri-born elk, a year or so ago, to tag for research,” Sarah’s dad, Chuck Huber, said.

Sarah landed her “dream job” shortly after graduating from the master’s program at Mizzou in May 2016.

The future seemed bright for the young couple until April 26, when Sarah woke in the night feeling ill. She vomited and grew increasingly disoriented.

“It was pouring rain, and the ambulance was going to take too long,” Vicki said. “So Alex loaded her into the truck and got her to University Hospital (in Columbia). He said she was having seizures on the way.”

Doctors diagnosed a massive blood clot in her brain, and performed emergency surgery to remove it.

“But there was too much swelling, too much hemorrhaging,” Vicki said. “She never regained consciousness.”

Her family knew Sarah wanted to be an organ donor.

“We had talked, and we knew she would not want to be on machines,” Vicki said. Donation specialists were able to harvest her corneas and other tissues.

“She had the most beautiful blue eyes,” Vicki said. “I told Alex, ‘The baby blues will live on.’ They said (her donations) could help as many as 55 people.”

The Hubers and Alex have tried to turn their grief toward healing with the establishment of a scholarship in Sarah’s name.

“There was so much left that she wanted to do,” Vicki said. “She wanted to get kids outside, learn about nature. She worked hard to get what she wanted, and nothing was going to stand in her way.”

The family will direct its resources toward helping others achieve similar dreams.

Chuck said the acreage he and Vicki own will be sold and the proceeds will go to the fund.

“Everything we have ever done was so we could leave it for her,” Vicki said, her voice breaking. “I guess she will still get it all, only in a different way.

“We will still fill the world with little wildlife biologists.”

For  information about the scholarship, visit https://mizzougivedirect.missouri.edu.

“Life Story,” posted each Saturday on Leader Publications’ website, focuses on one individual’s impact on his or her community.